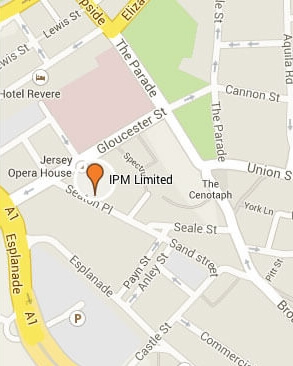 David founded IPM in early 2014 after relocating to Jersey in 2000 to take the lead role project managing Jersey Airport's Alpha Taxiway realignment and subsequently replacement of the South Apron, remediation and reinstatement of the Fire Training Ground, and reconfiguration of the Departures Retail Lounge. Prior to his time in Jersey David was the Contract Administrator & Technical Advisor for the £77m New Terminal & Airside & landside civil works at London Luton Airport. He was also involved with other large infrastructure projects including the new Norfolk & Norwich Hospital, corporate fit out projects at Canary Wharf for Credit Suisse & Barclays & the £150m MOD Procurement Executive relocation to Bristol.David is very much a 'yes' man & a family man. His downtime & holidays are far from quiet & relaxing. You will normally find him out adventuring, planning the next one, or practicing his round the world skills in the kitchen instead. He is part of a local walking group who meet every Sunday and have tackled Jordan, Round Mont Blanc, Patagonia & the Dolomites together. He loves being outdoors and active spending weekends teaching his Grandson the ropes, running, cycling or swimming in the sea. He also participates in various challenges (including raising £1000 for Philip's Footprints running his first marathon in 2019).

Mick joined IPM in October 2016 with an impressive 28 years' experience prior in several senior roles within the Government of Jersey.Outside of managing projects you will find him glued to a Man City game, cycling (Mick has competed both locally and in France, and toured Europe on a tandem with his wife Louise), hiking (having tackled the Pyrenees on a number of occasions) or playing with his beautiful granddaughter Ariyah.Within his broader project management remit Mick also provides bespoke client services: 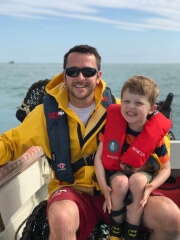 Russ joined IPM in September 2016 following over ten years work mainly in the maritime sector, latterly as Senior Manager responsible for infrastructure, personnel, and operations.Since joining he has achieved a distinction in the HNC Diploma in Construction and holds PRINCE2 Project Management at Practitioner level. He is currently in the process of completing his Professional Review to become a Chartered Member of CIOB. He has managed both private and public sector projects and is also a qualified HSPC.Russ can usually be found on or near the open water with his wife Gemma and their two young children Harry & Sophie, usually fishing for lobster for the BBQ at low tide! 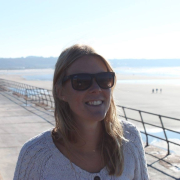 Katie joined IPM in April 2019. Since joining she has trained in Outlook Advanced, Quickbooks and Jersey Business Social Media for SMEs. Katie's role varies from the company marketing to event organising to book-keeping ensuring our thriving and expanding business runs smoothly.Before joining the IPM team Katie taught as Head of Geography at Jersey College for Girls and as teacher of Mathematics & Geography at Hautlieu. She has a keen passion for the environment having undertaken BSc & MSc in Environmental Consultancy at the University of East Anglia; signing IPM up as an Eco Active business was one of her first to dos!The rest of Katie's time is spent with her son, Solomon, daughter, Rosanna and husband George; usually doing up their home in St. John or at the beach with a hot chocolate!

Emma joined in September 2021 as Assistant Project Manager and Assistant HSPC. She has recently relocated back home to Jersey from Newcastle upon Tyne, where she gained a BSc degree in Real Estate, as well as valuable experience working in the construction industry and public sector.Before joining the IPM team, Emma worked on sourcing and developing projects for a national Housing Association in the UK for 4 years, designing and delivering new build homes for both affordable housing and premium market sale. A lot of her experience is in financial appraisals for development and project viability.Most of Emma's time outside of work is spent at the beach and in the sea, or at least dining somewhere with the sea in view! 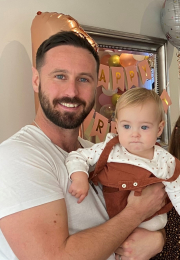 Ross is the newest IPM recruit, joining in March 2022. Prior to joining he spent 10 years as a Structured Cabling Engineer; specialising in the design, installation and management of network cabling infrastructure, particularly within Education, Health and Social.Ross is a qualified electrician having previously managed a variety of projects from luxury new homes to extensive refurbishments.Outside of work his time is spent with his wife Michelle & daughter Hallie, supporting Liverpool FC, or planning his next family adventure!

Please enter your email, name and a message. We will get back to you as soon as we can.